Well-Come to Agent for Change, a blog created by Marly Silverman, to serve as a catalyst for change that is much needed on the issues affecting millions of individuals stricken with neuroendocrineimmune disorders worldwide. Through this blog I want to share ideas, exchange, communicate and find solutions for everyday living. The goal is to pursue quality of life that will make a difference in the lives of individuals with neuroendocrineimmune disorders (NEIDs).

The U.S. Supreme Court has heard by now both arguments regarding the Affordable Care Act. Many disabled individuals with NEIDs have both Medicare and Medicaid covering their healthcare (dual eligibility).  The arguments for and against the Medicaid mandate expansion to the states about the ACA (Affordable Care Act) were presented by the U.S. Solicitor General Donald Verrilli Jr, and the opposing counsel by Paul Clement. Medscape has been providing daily recaps of the Supreme Court's proceedings regarding the ACA. Florida is the lead state joined by 25 other states. For many experts, the personal or individual mandate that requires the young, the old, the health and the sick to sign up for healthcare benefits creating a large pool is crucial to the affordability of the program. Other experts representing opposing point of view, are saying that the mandate is unconstitutional and therefore if the mandate is found unconstitutional the entire ACA program needs to be scraped.

Many experts have noted that this mandate was for many years embraced and promoted by the Heritage Foundation, a conservative think tank that embraces and promotes conservative values in the U.S. political arena. Many experts also have noted that a similar mandate is already in place in Massachusetts. It was signed by President hopeful and former Governor Mitt Romney. The program in Massachusetts is viewed by a large majority of experts who have been analyzing the program as extremely successful and has kept the affordability of developing the program in check.

PANDORA recommends to our members to become educated on these important issues. The ACA has answered some of the concerns patients have had to deal with for a couple of decades. No more pre-exisiting conditions, no more caps on life-time coverage. If one is disabled and cannot afford insurance one can join a special insurance pool. Children up to 26 years old can also be kept on the same insurance medical plan of their parents regardless of going to college or not.

This new access to medical insurance through ACA has in fact neutralized some of the harsh reality that the overall patient NeuroEndocrineImmune diseases (NEIDs) community faces.  The NEIDs patient community has been consistently and often penalized by the medical, scientific and government ignorance of how NEIDs are to be treated. There is also a lack of serious concern leading to a complete lack of priority from the Department of Health and Human Services in the past 3 decades, with no difference whether there is a Democrat or a Republican in the White House or a Congress that is either to the right or to the left of our political spectrum. The harmful effect trickles down to the National Institute of Health, CDC, and other federal government agencies that complement care and quality of life for U.S. citizens are minimal in terms of addressing 3 decades of abandonment and lack of political will from our government officials to fix these serious problems.

The lack of priority by our federal government regarding NEIDs, then trickles down to the state, municipal and county levels. It crosses over academia causing lack of interest in the science of NEIDS. The lack of physician training and robust scientific research prevents even the basic level of medical care to be provided to NEIDs patients in every state.  The cost of ignorance is higher than the cost of treatments that would benefit the overall NEIDs patient population in the U.S.

As a citizen of this great country I urge you to learn about the issues and make your voice count.

You owe to yourself to win your future. Neither PANDORA, nor you, and nor I can change the past. However we can change the future. Join us as an Advocate Extraordinaire™ during May Awareness Month in 2012.  Speak up and stand up for the NeuroEndocrineImmune disease you are stricken with loudly and clearly. Support PANDORA and the other hardworking organization serving the NEIDs community in the state where you live and create change. Join the member organizations of the Coalition 4 ME/CFS and the Coalition 4 Fibromyalgia and they will show you how we can all work together across state boundaries toward a comprehensive national policy that will benefit our entire community.

All of our collective voices, as ONE Community, One Voice, One Cause!™ 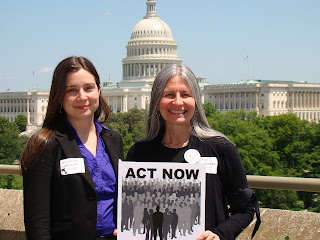 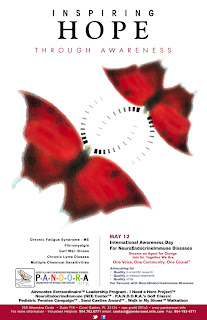 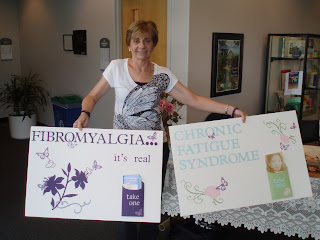 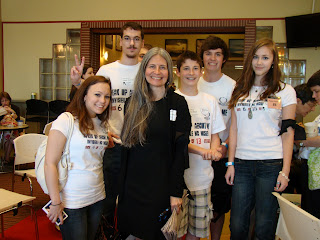